Analyzing Unit dependencies is an important task in Delphi development:

The ModelMaker Tools Unit Dependency Analyzer parses any root file and build a uses and used-by relations tree.
Cyclic unit relations are instantly visible and can be analyzed as text and using a Dependency Structure Matrix.
It analyzes both .dpr and *.pas files. Compiler options and conditional defines are interpreted. 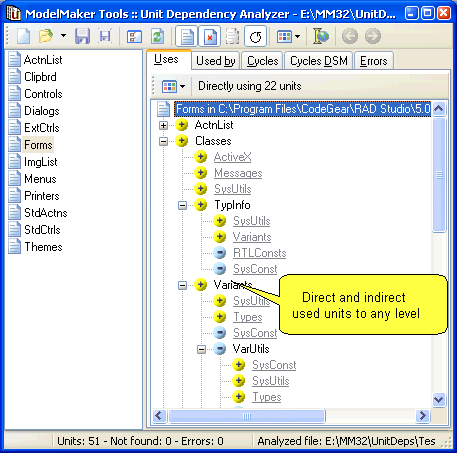 uses relations are instantly browsable to any level. 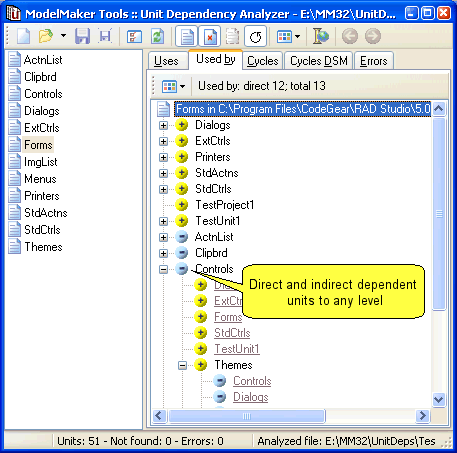 used by relations (dependencies) are instantly browsable to any level. 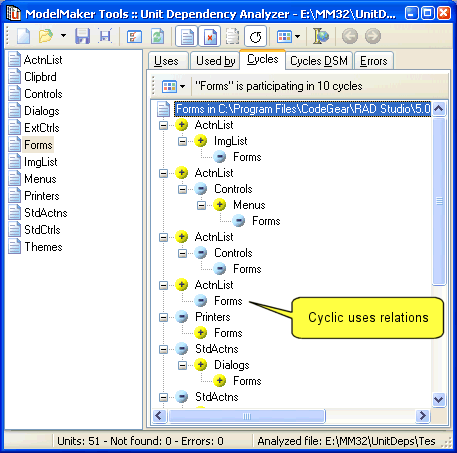 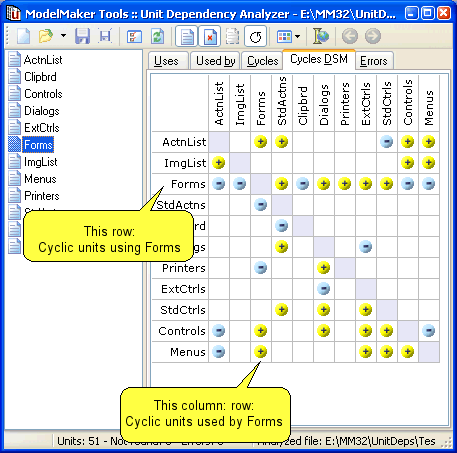 To help analyzing complex Cyclic uses relations the cycle can be viewed in a Dependency Structure Matrix.

You can find out more about which cookies we are using or switch them off in settings.

This website uses cookies so that we can provide you with the best user experience possible. Cookie information is stored in your browser and performs functions such as recognising you when you return to our website and helping our team to understand which sections of the website you find most interesting and useful.

Strictly Necessary Cookie should be enabled at all times so that we can save your preferences for cookie settings.

If you disable this cookie, we will not be able to save your preferences. This means that every time you visit this website you will need to enable or disable cookies again.